Marco bought this cool Yamaha PW 50 for his son. It’s a high quality motocross bike for children, but somehow this one came with toasted main bearings. The previous owner said they forgot to fill the premix oiltank. Oddly enough, the cylinder kit and crankshaft looked fine. 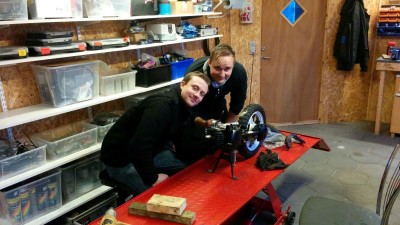 A set of new bearings, some cleaning and a few hours later everything was back together. It didn’t run great right away. The carb was totally clogged from years of standing still. Several runs in the ultrasonic cleaner and some small needles later it started and ran great.